Don't get so caught up in manufactured drama that you forget to enjoy actual reality.  If you don't control your media then the media will control you.  Thoughts like this are running around in my head right now.

David and I are taking a Re-Think Parenting class at church where we are hearing staggering statistics like the porn industry made 96 billion dollars last year while the NFL made a mere 9 billion.  In addition to that if you watch close you will see that every tv show, book, and movie has some kind of agenda.  Sometimes the agenda is hidden and sometimes it is more than obvious.  Is this going to be a lecture.... NO.  I just started thinking about the influence that things like books and movies have had on me and my character.  We are also thinking about what we are allowing into our home to influence our children.

So like every good researcher (ha!), I turned to Facebook where I asked my friends the following question:  What movie would you say had an influence on you (good or bad) as a child, teen, or adult?  In many cases the same movie was named several times.  Saving Private Ryan, The Shawshank Redemption, or The Sound of Music... anyone?

Then last night ABC aired a special countdown to the Oscars show called "15 Movies that Changed American Cinema"  We enjoyed the way they organized the movies by their impact on the big screen and our culture.  How many have you seen?

I have movies that helped shape me and my opinions in several stages of life.  Yes, cinema has shaped not only my culture, but some of MY thinking.

Old Yeller and Where the Red Fern Grows both taught me about loyalty and love even when it comes to a pet.

Lion King showed me another angle of the love and redemption story offered in the Bible by Jesus.

The Goonies made me want to go on adventures... even dangerous ones.

The Cowboys with John Wayne taught me about death.  I remember crying and crying when he died just like he was a member of my family.  This quote from the movie speaks volumes, "Death can come for ya any place, any time. It's never welcomed. But if you've done all you can do, and it's your best, in a way I guess you're ready for it."  I also remember how mad my mom was at my dad for letting us watch that movie as she had to watch us morn John Wayne for days!

Steel Magnolias taught me about the importance of friendship!  Everyone needs someone like Clairee that will say, "I love ya more than my luggage!"

Saving Private Ryan, Schindler's List, The Help, The Butler, Braveheart, The Last of the Mohicans, and The Passion of the Christ all taught me things about history that I had read all about, but seeing it on the screen personalized it even more.  There are so many different profound lessons and emotions in all those movies.

Now that I've been forced into this world of cancer and raising young kids at the same time I have found myself more careful about the stories we watch on the big screen.  Until you are living with cancer or watching a loved one walk that, I think we miss some of those loud messages.  Sometimes the mom dying of cancer theme shows up in places you weren't expecting it.  For example, I was shocked when it was in Rise of the Guardians.  I mean I was expecting an action movie!  I blogged before about the movie God's Not Dead and its cancer story.  Read that one here! 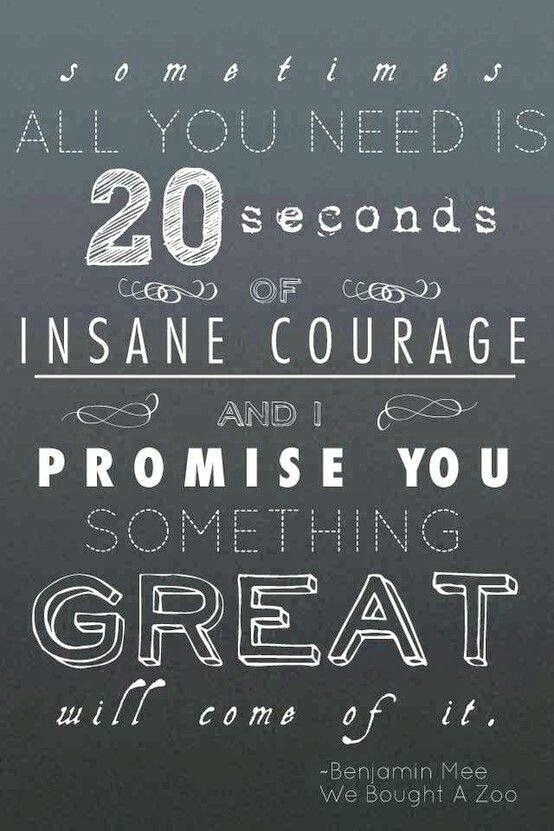 Movies also trigger conversation that we need to have but haven't been able to articulate.  The timing of our family watching We Bought a Zoo was perfect.  Our emotions were all very raw but at the same time I needed a way to talk to Kirstyn about what she was feeling and how she was acting.  She was really struggling with walking a fine line of fear and anger while dealing with my grim diagnosis.  That movie and the boy's attitude toward his dad after loosing his mom helped us both be able to better articulate what she was feeling and correct how she was acting toward me.  It was emotional and raw around here, but after we worked trough much of that together and while clinging to each other and scripture we were able to watch it again and enjoy it a little more.


Then later, David and I rented Safe Haven.  We knew it was a movie that was designed to bring emotion out but we thought it was more about abuse.  When that movie ended I spent hours on the kitchen floor sobbing so hard I could barely breath.  It was a long time before he gathered himself so that he could sit in the floor with me and hold me tight.  I own that movie now and have re-watched it once....  I will again.  It motivates me to journal and write to the kids.

So, I'll ask again... Are you controlling your media?  More importantly what do you filter your media against?  For me, I want to make sure that what I am seeing and feeling is filtered against the Promises that God has made me in His Word.  Like they kept saying that the IF: Gathering I attended.  Even if I feel like a grasshopper facing giants, I want to be willing to step forward in faith knowing I am ultimately SAFE in Him.  What changes Fear to Faith is the position of God in my life.  In Numbers 13 and 14, Joshua and Caleb were saying the same thing as Benjamin in We Bought a Zoo, "insane courage will lead to something great"!  I want to continue to have faith bigger than my fears...  Sometimes God even uses movies to teach me.

I know this blog was all over the place but I want to hear from you too.  Tell me what movies have influenced you.... I might need to add it to my watch list!

Dear Natalie, I have been popping in and out of your blog, watching your brave progress in carrying on despite that awful illness. You have surely been blessed with a lovely family and wonderful husband that must have aided you to get so far as this. I hope that the tumour will disappear and life will be normal again, in the meantime, it is so inspiring to see your faith and journey. There are often films one has seen that later you realise might have inspired you. I did find Jonathon Livingstone Seagull the most for me. It showed me how no one can stop your progress except yourself, and I used that feelings over and over again to get where I needed to be. My faith too is very important as it was to my parents, and we were all bought up in a religeous household.. not too dramatic, but kind and loving and going to church regularly. I hope to see more blogs from you and how you are doing, chin up and soldier on... well done so far