Kirstyn was so excited to be having a roller skating my little pony party! One time while in Target checking out the "pink" toy isle, Kirstyn spotted a tiny pony that was wearing roller skates and suddenly we were settled on a theme for Kirstyn's skating party. 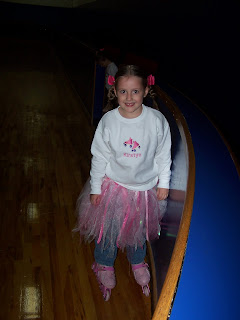 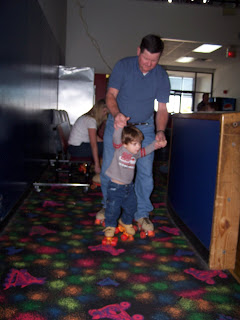 A great time was had by everyone and even James wanted in on the skating action. He kept pointing to Pappy skates and trying to take his shoes off so David got the smallest pair of skates that they had and put them on him. He was really proud to look like everyone else but he only liked "skating" on the carpet. He is too funny! 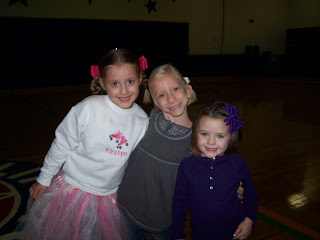 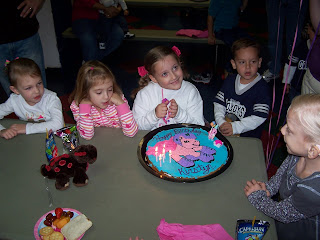 So, in keeping witht he theme I made her a cookie cake with a Roller Skating Pinkie Pie on it. She loved her cake and was very excited to add the pony that we had found at Target to the cake. Oh and notice the pony is also wearing a tutu. Kirstyn's tutu was her birthday present from her Aunt Neida and it has been difficult to get her to take it off since she got it! 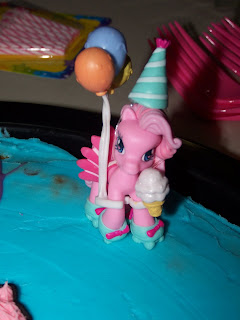 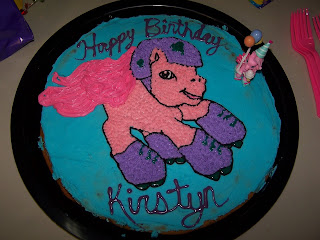 I have more pictures to share from "Birthday Week" that I hope to get to later this week. I really still can't believe that I now have a 5 year old! Wow.

Oooh your cookie cakes puts my cake cake to shame. I should get some pointers from you on the handwriting and outlining.

Anyway - what FUN! Rollerskating AND ponies???!! I can't even imagine a better party for a five year old girl! What great memories. And are those rollerBLADES she is actually wearing? Yikes. Yup, she's growing up. Brace yourself. But I'm sure she will do you proud!

is it bad that my mouth just started drooling at the sight of that cookie cake?

Oh my goodness, she and Trinity look like such "big girls" in that photo!

The party was great and glad Kirstyn had fun!

what a fun time, and that cake is awesome!! I can barely make a batch of boxed brownies, much less a cake like that! :)

That cake is fabulous Natalie!!! And what a fun girly party for Kirstyn, the theme is right up my alley. Thank goodess you have a roller rink. We had them in the 80's but the are like the dinosaurs now, extinct in these parts.

Happy Birthday to your 5 year old, time flies doesn't it!

Looks like a really fun party. The cake is awesome. We are having Lily's party this weekend. She's having a Barbie party. I get to do the whole cake looks like her dress thing. I hope it turns out as good as your cake.

That looks like so much fun... and exactly why I need to have a girl! You don't think boys will want my little pony parties, do you?